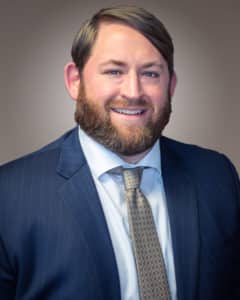 Jonathan B. Steffy received his Bachelor of Arts degree in psychology from The College of the Holy Cross in Worcester, Massachusetts in 2004.  He received his law degree from Loyola University Chicago School of Law in 2008.  During law school, Mr. Steffy clerked for the Office of the Illinois Attorney General. Mr. Steffy was admitted to the State Bar of Illinois in 2008, and after relocating to Michigan with his family, he was admitted to the State Bar of Michigan in 2018.

Mr. Steffy spent the last ten years practicing criminal defense through the Law Office of the Cook County Public Defender in Chicago, and the Illinois Office of the State Appellate Defender.  During his career as a trial lawyer, Mr. Steffy has represented hundreds of clients facing a wide range of misdemeanor and felony charges, including a various assortment of criminal defense cases such as drunk driving, assault and battery, possession of controlled substances, gun offenses, sex crimes, armed robbery, and attempted murder.

In addition to extensive jury and bench trial experience, Mr. Steffy has also enjoyed success as an appellate attorney, winning new trials for clients convicted of murder and other serious felonies.  He is also skilled at writing and arguing pretrial motions, which if successful, often mean charges are dismissed without the risk of going to trial.  Each of Mr. Steffy’s clients benefits from his experience and dedication to protecting their rights and obtaining the best possible result.

Mr. Steffy is excited to be joining Harris Law, where his practice will be focusing on criminal defense and bankruptcy cases.  He enjoys spending time, preferably outdoors, with his family and friends in Northern Michigan, as well as cooking, music, and traveling.

Since beginning his practice in Northern Michigan in 2019, Jon has taken many felony cases to jury trial in several counties, including capital cases and four Criminal Sexual Conduct trials.  Notable results include winning not-guilty verdicts on Domestic Violence and Criminal Sexual Conduct (First, Second, and Third Degree) charges, as well as convincing the government to drop charges against clients in multiple cases.  Not every defense attorney is prepared to go to trial when necessary, but Mr. Steffy has the trial experience and local expertise you need to contest the most serious allegations any citizen can face.