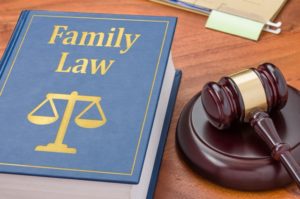 One of the biggest concerns for any attorney in Michigan is making sure that you are up-to-date on changes in Michigan laws which may impact your clients and their cases. In Michigan, laws are frequently updated and altered, sometimes to our benefit and sometimes not.

Recently, a number of proposed changes were signed by Governor Snyder including one which is referred to as the Parenting Responsibility Act.

Enrolled House Bill No 4041 amends 1939 PA 280. This bill makes parents responsible for their children’s actions by allowing the Michigan Department of Health and Human Services the authority to effectively cut-off assistance from those families receiving it from the Family Independence Program if their child frequently misses school. The bill only relates to unimancipated minors 16 or younger. The original amendment proposed by Liberati would have allowed other family members to stay on assistance however, that was rejected in favor of the approved bill.

Like many bills, this one has caused more than a little controversy as many believe the cuts to be too harsh for those families already living in poverty. Others, who believe it to be an effective way to make sure students stay in school, support its approach.

The bill was approved 74-36 in the House, was passed by the Senate on May 26th and was assigned Pubic Act 56’15 with immediate effect on June 16th, 2015. You can read the entire Public Act here.

Another bill recently signed into law by Governor Snyder is causing even more controversy in Michigan. A law allowing publicly funded adoption agencies to decline referrals based on religious beliefs, many are criticizing the law citing it at as government sanctioned discrimination. Michigan is not the only state with a law similar this. Both Virginia and North Dakota also both allow private adoption agencies the right to turn away prospective parents based on religious reasons as well.

The law further allows these public agencies the right to deny foster care applicants. If private agencies decline to provide services for prospective foster or adoptive parents, they must provide rejected applicants with a written list of other providers. This law includes 3 house bills including 4188, 4189 and 4190.