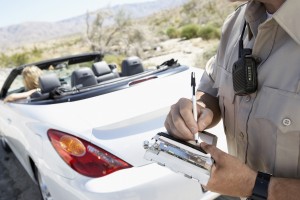 You have likely heard it before, a suspect of a crime is captured doing something illegal by undercover police officers. Is this entrapment? The short answer is, it depends.

When dealing with difficult cases, police often utilize undercover officers to catch the alleged offender doing something illegal. While this type of action is legal in some cases, some officers may go too far. For this reason, there are guidelines put in place to protect citizens and ensure that all officers follow the laws when dealing with traps vs entrapment.

In general, entrapment is defined as law enforcement officials inducing or persuading someone to commit a crime that they would most likely not have committed otherwise. In most cases, suggesting a person do something to get them to commit a crime is not going to be considered entrapment as they were not coerced, it was simply suggested. Making drugs easily accessible to someone known to buy drugs or leaving a “bait car” with the keys in it for someone who is a known thief, is generally considered a trap, not entrapment and therefore, legal.

While many people consider only undercover police officers when discussing entrapment, many others believe that speed traps should be considered entrapment, as well. Believing that an officer who is sitting behind an object waiting for speeders to pass by is illegal, many approach attorneys to defend them saying that it was entrapment. Simply because an officer is “hiding”, waiting for you to speed past, does not make it entrapment. Following the rules of what defines entrapment, the officer did not coerce the person driving past to speed, they were simply waiting in the shadows, to ticket them when they pass.

This is not to say entrapment is never a legal defense. There are many cases in which entrapment can be claimed. In Michigan, courts use an “objective test” when determining whether or not a person has been entrapped. Different than a “subjective test” which looks primarily at the state of mind of the individual in question, with an “objective test”, courts consider the level of government involved to help determine whether or not the crime was induced by the actions of the officer. Often, this type of test makes it simpler for defense lawyers to establish entrapment.

No matter what criminal charges you face, entrapment is never acceptable. Whether you were told to leave after a party and were then stopped for drunk driving or were coerced into purchasing drugs by an undercover officer, you may have a case. The best way to know whether or not you were entrapped is by contacting an attorney.

If you have questions about entrapment and live in Northern Michigan, call Harris Law today at 231.347.4444.