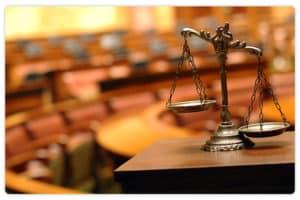 Michigan laws are constantly changing to keep up with the changes in society. Coping with new and more powerful illegal drugs, dealing with health issues and finding new and better ways to help those affected by crime or accused of them, these laws find their way back into legislature and amended or deleted based on the needs of Michigan today. This is true of many laws including the following laws which have and are in the process of changing:

For those who don’t purchase much cold medicine and are not making meth, this law may have easily been missed. In early 2015 a series of laws created to “crackdown” on meth production in Michigan were enacted including stricter control of the substances ephedrine and pseudoephedrine. These two ingredients are commonly found in cold medicines. New laws in Michigan put strict control on the amount which can be bought or sold during a certain period of time. Further, medicines containing these ingredients must be kept locked and out of reach of the public. The new laws also require offenders to be added to the state police meth offenders list.

In 2003, responsibility fees were created in an effort to reduce the number of reckless drivers and raise money for the state however, it didn’t take long for many to wonder about the legitimacy of these fees. By 2012, these penalties were repealed however, the entire process of phasing out these fees has taken some time. Now, in an effort to further reduce these fees as the process continues, many drivers in Michigan have been offered the opportunity to do community service in place of these fines. While not all drivers will be invited to participate, the state did offer this opportunity to close to 170,000 residents of Michigan still struggling with the fines.

Gaining Control of Our Heath in Michigan

Earlier this year a new law which came into effect changed how those who are in need of physical therapy can fulfill this need. Until 2014, those who were hoping to benefit from physical therapy had to be referred to do so by a physician. Now, Michigan like 49 other states, allows those in need of physical therapy to contact a therapist directly without a prescription. An Act meant to promote public health, this bill was created to “promote the efficient and economical delivery of health care service” to Michigan residents in need. The bill went into effect January 1, 2015.

Just a few of the many constantly changing laws, you can read more of the most current Bill Activity on the Michigan Legislature site here.

Harris Law is a Gaylord, MI attorney serving clients in Gaylord, Grayling and throughout Northern Michigan.