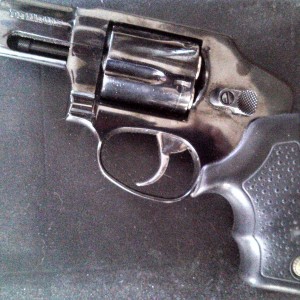 A recent bill sent to Governor Snyder was vetoed over concern that it may inadvertently put weapons in the hands of those with PPO’s. A PPO or Personal Protection Order is a court order which is used to prevent threats or violence against you by a person. According to Governor Rick Snyder, Senate Bill 789 had a number of reforms he approved of however, others he believed would be more harmful than helpful with regard to concealed weapons laws in Michigan.

The portion of Bill 789 which led to his decision to veto was that relating to issuance. Currently, under Michigan Law, no person with a Personal Protection Order against them may carry a concealed weapon. Governor Snyder said that the bill would have amended this restriction and “may increase the risks faced by victims.”

True or simply perceived as truth, Bill 789 would have made a number of additional changes to Michigan concealed weapons laws including eliminating the 83 county boards who currently issue concealed pistol licenses and putting it in the hands of the county clerks and Michigan State Police instead. Further, changes would have reduced the cost of filing in Michigan as well.

Each state in the U.S. has different laws relating to concealed carry permits. For this reason, it is important that you are aware of the laws relating to your state specifically before carrying your concealed pistol.
In Michigan:

In Michigan, you are required to meet all the following conditions:

Further information regarding these and all other requirements can be found here.

If you have questions about these or other issues relating to PPO’s or concealed carry in Michigan, Harris Law can help. Call us 231.347.4444.