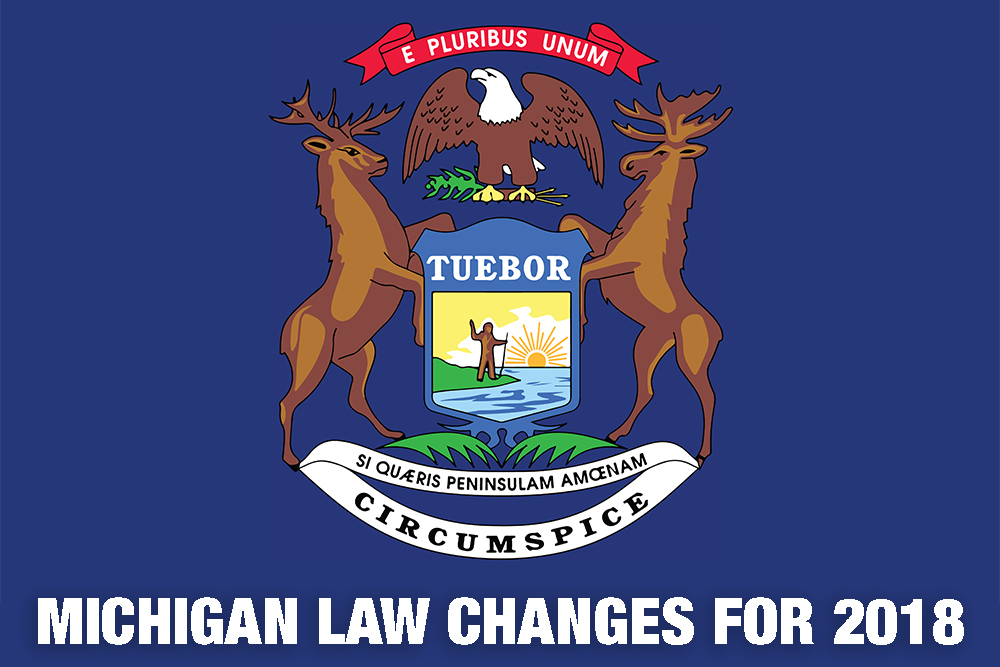 Every day new laws and bills are drafted for approval in and effort to improve the various communities around the country. Some laws are passed and have tremendous positive impacts on the way people are able to live their lives and thrive within their neighborhoods, and some seem to only benefit the people who already have seemingly no struggle. In most cases there is a strong argument to support or discredit either side, but inevitably, in all cases it’s rare for everyone to be excited given the diverse perspectives and opinions that help make out nation great. Upcoming Michigan law changes may or may not excite Michigan residents, but as 2018 approaches it’s good to at least be aware of the ones that may directly affect you.

Two bills were passed recently and both were met with equal parts support and protest from opposing sides of the political round table. The first, Senate Bill 366, allows 18 to 20-year-olds in Michigan to obtain a provisional license to conceal carry a weapon. The bill has received open opposition from organizations like Physicians Preventing Gun Violence, but only time will tell if these changes will greatly benefit or potentially endanger the community. Similarly, mere days after the horrific Texas church massacre, new approved legislation is suggesting licensed gun owners should be able to carry inside previously restricted locals such as schools, churches, bars, and more. Though not entirely finalized, these types of changes could definitely shake the foundation of the way we approach gun control.

Everyone gets excited when it’s announced that minimum wage is going up, but with the constant rise of the cost of living, how excited should you really get? With a minimum wage increase setting the bottom line at $9.25 for Michigan residents, a full 40-hour workweek will yield a total of $19,240. Unfortunately, that number still barely meets what most typical American households need to live even a simple life. However, change is change, and all change in the right direction is welcome. This minimum wage increase may not reflect what Michigan residents need or deserve, but it is no doubt a great start.

Have an opinion or suggestion about different Michigan laws that pertain to you? Contact your local community leaders, Senators, Congressmen, and more to let your voice be heard and pave the way for others to make a difference. Alternatively, if you’re in need of a legal consultation, call Harris Law today at 231.347.4444 or fill out the free consultation form in the sidebar to schedule your free personal consultation.