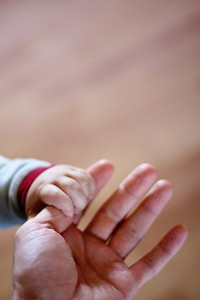 Under federal law, and the Controlled Substances Act, there is no difference between medical and recreational marijuana use. It is only through state specific laws that the medical use of marijuana is made legal and in Michigan as well as a number of other states, it is this legality along with the perceived outdated child endangerment laws that are posing a problem for some. To date, 22 states in total have legalized medical marijuana and two additional states have further legalized marijuana use to include adult recreational use as well. Both Colorado and Washington State now have laws which legalize recreational marijuana use by adults however, according to federal law, marijuana is a Schedule I Substance putting it in the same category in terms of severity with heroin, LSD, ecstasy, methaqualone and peyote.

In Colorado, where both medicinal use as well as recreational use of marijuana by adults is now legal, an attempt to help clarify and define what a “drug-endangered child” means failed. Whether due to being poorly written as some infer or an attempt to criminalize any parent who smokes marijuana doesn’t really matter. The proposed bill has already illustrated what these states and those who look to legalize marijuana in the future are and will be facing when it comes to differentiating what is endangering a child and what is not, according to the law.

The issue of marijuana laws and child endangerment laws conflicting made front page news when a father in Colorado lost custody of his children after getting his medical marijuana card. Further illustration of the issue was shown when a Michigan couple, legally growing medical marijuana had their child taken from them by Child Protective Services after her ex-husband claimed that the plants were endangering the girl.

The Michigan Medical Marijuana Act issues protections to qualifying patients regarding arrest and prosecution including clearly stating that a person shall not be denied custody or visitation of a minor for “acting in accordance with this act”. It goes on to clarify that if the person’s behavior is such that it creates unreasonable danger to the minor which can be substantiated, then they may be denied custody or visitation. Child endangerment laws in Michigan are somewhat subjective meaning that if someone finds that the use of medical marijuana poses as risk to the well being of a child, they may report them and in some cases, a person otherwise protected from prosecution who has followed the laws, may find themselves in a battle to keep their children.

You can read the MICHIGAN MEDICAL MARIHUANA ACT here.

Harris Law is a Northern Michigan Attorney. Located in Gaylord Michigan, Miranda Bailey-Quick handles all legal matters including criminal law and laws regarding sex offenses, family law and probate law. If you have questions about the Michigan marijuana laws which may impact your life or are looking for legal representation, we invite you to contact us today. For a free consultation contact Harris Law at 231.347.4444.