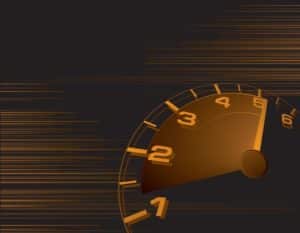 Michigan lawmakers are exploring the possibility of raising the speed limit to 80 miles per hour on rural freeways. The legislation to consider increasing the speed limit on rural freeways from 70 to 80 is once again being introduced to the Michigan House. The proposal was denied in 2014, but is once again making news and encouraging debate by Michigan lawmakers and drivers.

Speed limits in New Mexico, Texas and North Carolina, as well as many others, range from 70 to 75 and even 80 and 85 in some states. In Michigan, the speed limit increase was first proposed by State Representative Brad Jacobson. Jacobson’s claim is that it isn’t the fast drivers who are causing the accidents, but the slower motorists. The bill is based on the 85th percent rule to set limits based on speeds that 85 percent of motorists are already traveling.”Drivers drive as fast as they feel the roads are safe, and that’s what the 85th percentile rule really uses,” Jacobsen said in a legislative hearing.

One expert from the Michigan National Motorists Association said raising the speed limit will reduce tailgating, excessive passing, passing on the right and other bad driving behaviors The proposal is being challenged by local government groups and AAA Michigan, who argue that the 85th percentile is not the most important factor in setting speed limits.

Opponents like Peter Kuhnmuench with the Insurance Institute, say the change will translate into more deaths and reminds us that “speed kills” Kuhnmuench said. “Because of the direct correlation between higher speeds, you’re going to have more fatalities and more accidents.” Others say that faster speeds mean greater wear and tear on the pavement, more accidents due to shortened reaction time, and less safety for road construction workers.

The actual portion of the proposed legislation stipulating these changes originally read as follows:

However you might feel about the proposed increase, it is important to note that the bill is not seeking to change the limit on all roads with a 70 mph limit, but only those known as “rural limited access freeways”. Michigan freeways which may likely see the increase include portions of I-75 or I-69 near Flint, and not the areas which are most urban or have limited access.

Harris Law is a traffic offense attorney in Gaylord MI.