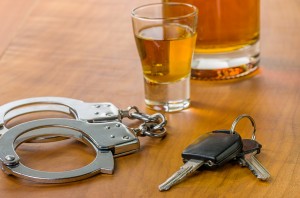 There are many laws in states across the country which are left up to a certain amount of interpretation, by judges, due to wording. In Michigan courts, changes to Michigan’s drunk driving laws which went into effect in January 2015, have created one such issue with both attorneys and judges interpreting these laws differently and causing issues relating to the admissibility of field sobriety tests in court. Lawmakers in Michigan are now doing what they can to try to change the Michigan DUI Laws to effectively remove this issue from presenting more problems in the future.

Public Act 315 of 2014 was signed into law in October of 2014. This law was meant to toughen the drugged driving laws in Michigan, but a provision which relates to chemical breath tests has inadvertently weakened drunk driving laws. Wording has led at least one judge to rule that evidence from field sobriety tests is inadmissible during a DUI case.

Until these recent changes, field sobriety test results were unquestionably allowed as evidence in court relating to DUI’s. An “unintended technical error” relating to the wording however, has effectively reduced the power these tests once had in court. The changes to the law were made by lawmakers in an attempt to give officers the same arrest powers for both drugged and drunk drivers. While the changes did give more power with regard to drugged driving as intended, it has caused unforeseen problems with DUI cases

What are Field Sobriety Tests?

Field sobriety tests which are administered by police in Michigan may include a number of tests such as accuracy tests, counting or reciting the alphabet and a roadside breath analysis to determine whether or not a driver is impaired.

Senate Bill 207 of 2015 has been introduced as of March 12th in an effort to clear up the language and remove this issue but, until the issue is removed, there is still a chance that another judge may choose to rule evidence collected during field sobriety tests inadmissible in court during a DUI case.

Harris Law is a criminal law attorney in Gaylord Michigan. Serving clients from Gaylord, Grayling and throughout all of Northern Michigan, we provide representation in a variety of legal matters including drunk driving, probation as well as family law and estate law. If you are dealing with a DUI case, now is the time to talk to an attorney. Call Harris Law at 231.347.4444 for a free consultation today.