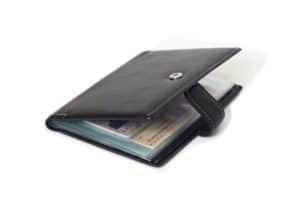 As we mentioned in our previous article in July, some of the most significant changes in Michigan laws this year are those relating to driver responsibilities.

The driver responsibility fees were put in place and passed in 2004 and raised millions of dollars for the state. They were put in place to punish drivers with serious or multiple offenses, and hopefully make our roads a safer place to be. Some feel it was put in place primarily to raise money that was desperately needed for the state, while at the same time, unfairly punished drivers twice for the same offense. The fees of between $500 and $1,000 were imposed on those drivers convicted of reckless driving, drunk driving and driving with an expired license and did generate about $100 million for the state, yet only about a third of the $100 million has yet to be collected.

Judge William Kelly, Kent County’s most senior judge, was an advocate of removing the driver responsibility laws as he saw firsthand how it affected low income, working class people. Many of these people felt they had to resort to driving on a suspended license because they needed to work, and couldn’t afford the high fees. They would appear in his courtroom and just wind up with more fines and fees, making it a never ending cycle for those who could least afford it. He saw some drivers fees accumulate to upwards of $10,000.

Judge Kelly credited Holland state representative Joe Haveman, for his hard work in getting the plan through the state legislature last year; where it passed with a unanimous vote.
Despite the fact the double fining of repeat offenders was removed from law by a unanimous decision, there are some who are opposed to that decision. Those in favor of keeping the fines in place, argue that the people who have been convicted of serious offenses like drunk driving, reckless driving and have been involved in accidents due to their poor choices, need to be held accountable, fined, and kept off the roads. Many of these drivers are repeat offenders, and some say it’s just a matter of time before they cause more damage or injury to innocent victims.

The fine required drivers with seven or more points on their driving records, to pay a fee of at least $100 for two consecutive years, in addition to the traditional fines for moving violations. For those drivers involved in more serious offenses like negligent homicide, manslaughter, DUI, or fleeing the scene, a fee of $1,000 per year was imposed for two consecutive years. Some who advocated keeping the fines in place, feel that these fines for the worst types of offenses are more than fair, and don’t affect the majority of good drivers.