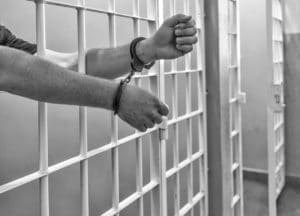 Many people choose to ignore a situation, simply hoping that it will just go away. This is never a good idea, but when it is regarding a court case, it could lead to jail time and additional charges, making an already bad situation, much worse.

In the State of Michigan, if you are charged with a crime which is not punishable by the death penalty, a sentence of more than 20 years or life imprisonment, you may be granted bail with certain conditions relating to your release such as staying in the state. Likewise, if you are charged with a minor misdemeanor offense or have been cited with a traffic ticket, you may be released on your own recognizance.  In either of these situations, you are required to appear for your future court dates regarding the case.

If you choose to ignore your court dates, you may  find yourself charged  with a failure to appear.  Michigan law (MCL 780.62) states that if you fail to appear, you may face additional misdemeanor charges in misdemeanor cases, risk losing your license in traffic related offenses and/or risk having a bench warrant issued for your arrest.

A bench warrant is issued in cases where a person does not comply with the requirements issued relating to their release, including failure to appear. Any person who fails to answer a citation or fails to appear in Michigan will face additional, often serious consequences. Not only may you find yourself paying fines of up to  $1,000 as well as any previous fines, but you may also face up to a year more jail time. These consequences are in addition to the fact that a judge will likely have much less sympathy regarding your original case. In most cases, the judge will also be less likely to release you again before your court case meaning, you may be required to stay in jail until your case is over.

It is important to know there is no statute of limitations on failure to appear notices in Michigan. In addition, it is never a good idea to simply not go to your court date. Putting off dealing with situations like these will just cause more serious problems.

If you have missed a court date on purpose or on accident in Michigan and are now facing additional charges due to a failure to appear charge, it is imperative that you contact an attorney to assist you right away and deal with the situation before it gets worse. Being arrested for failure to appear will jeopardize your chances of maintaining your freedom. Don’t fail to appear in Michigan.

Harris Law is a lawyer in Northern Michigan who specializes in family, criminal and estate law.