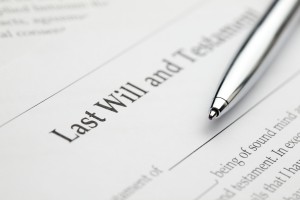 For millions of people, wills go uncontested and family members receive what they believe is rightfully theirs after the death of their loved one however, in other cases, manipulation by a less than scrupulous beneficiary can lead to changes in the will which seem less than aboveboard and go unnoticed until the will is read. While many people challenge wills, the chances of success are somewhat slim. Slim or not, many feel that they have grounds to contest a will and in many cases they are correct. So what do you need to be able to contest a will?

A person who is hoping to revise a will after the death of the author must establish that one of the following occurred:

If one of these conditions can be established the next step to contesting a will is to contact an attorney who understands the laws that relate to estate law in Michigan. The process will cost money and will likely create issues with some family members especially during this already difficult time however, if you deem that the price is worth the fight, it is your right to contest.

When a will is being contested, the probate court is required to investigate the claim. During this time, the approval of the will is suspended until the contest is resolved.

It is very important that you consider that there is a statute of limitations when it comes to this type of issue. Each state has a different statute for this and other cases. Don’t wait until it is too late to contest a will. If you believe that you have grounds to contest, contact an attorney who understands these laws right away.

For more information about this subject or others relating to family, criminal or estate law contact Miranda Bailey-Quick of Harris Law today at 231.347.4444.