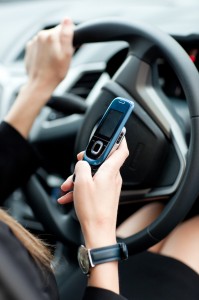 In January of 2013, Senate Bill 756 was signed by Governor Snyder. Called Kelsey’s Law, it was named in honor of 17 year old Sault Ste. Marie resident Kelsey Raffaele who died in a cell-phone related car accident in 2010. Unfortunately, distracted driving accidents happen all too often in the United States. Distracted driving is the leading factor in most crashes and near crashes in the nation. In fact, 421,000 people were injured in distraction related crashes in the U.S. in 2012 and another 3,328 died. According to the National Highway Traffic Safety Administration, for drivers 15-19 years old involved in fatal crashes, 21 percent of the distracted drivers were distracted by the use of cell phones.

It is statistics such as this which have led to state laws which restrict or limit the use of cell phones by drivers including Kelsey’s Law which was enacted in Michigan last year. One of dozens of laws which went into effect in Michigan in 2013, this law bans the use of a cell phones while driving by the state’s most inexperienced drivers, those 15, 16, and 17 year olds who hold Level 1 or Level 2 probationary licenses. Violations of this law are considered a civil infraction and have penalties which will be determined by local jurisdictions.

It is also illegal to text by any driver while operating a motor vehicle in Michigan. This is considered a primary law, which allows for an officer to stop a vehicle solely for texting while driving. Any person who has violated this law is subject to fines.  As laws regarding distracted driving including talking or texting vary from state to state, it is important to put your cell phone away when you drive.

Other forms of distracted driving which drivers should be aware of include eating and drinking, talking to other passengers, grooming, reading, using navigational systems, watching a videos or even changing the radio station. Anytime you take your eyes off the road, you are putting yourself and others in danger.

Harris Law is an attorney Gaylord MI who knows and understands Michigan law. Focused primarily on family law, criminal law and estate planning, Harris Law serves Otsego, Crawford, Kalkaska, Oscoda, Roscommon, Ogemaw, Iosco, Emmet, Montmorency, Cheboygan, Chippewa, and Mackinaw Counties. If you live in or near Gaylord and are in need of a family, criminal or estate planning attorney, contact us at 231.347.4444 or fill out our free consultation form on the right.